We are now down to the last four (4) provinces which are Malaria-infested according to the Department of Health (DOH). These provinces are the last few vulnerable groups that are proving to be the most challenging to help, says Pilipinas Shell Foundation Inc. (PSFI) Executive Director Sebastian Quiñones Jr.

“The mission to help communities does not stop until 100% elimination is achieved,” he said at a panel discussion with the DOH held in Bonifacio Global City. “At-risk indigenous people are located in specific terrains and territories that are not as easy to reach and help.”

The foundation is serious to end Malaria by 2030 by taking special measures to eliminate the infection. PSFI send volunteer expeditions into the mountains and hired anthropologists to study the groups in order to develop non-disruptive methods for providing aid.

“We need to come up with proper sensitivities and strategies before we begin any efforts,” said Quiñones.

Malaria was once among the top 10 causes of morbidity in the Philippines in 1999. Through the combined effort of the PSFI, the DOH, and local government units across the nation, malaria cases have dropped from over 50,000 in Palawan alone in 1999 to less than 5,000 in 2018. 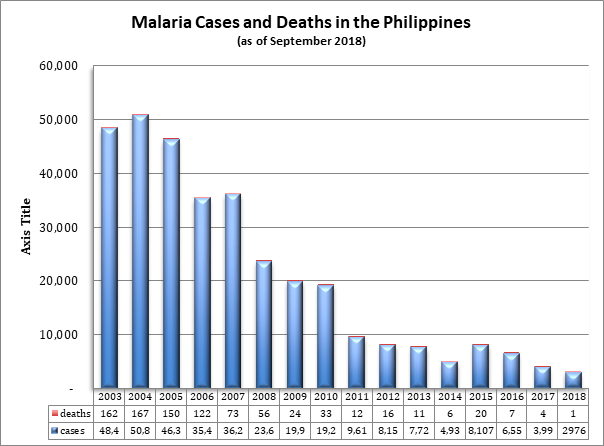 As of the end of 2018, out of 81 provinces in the country, 50 have been declared malaria-free, 27 are currently in the elimination phase, leaving only four provinces as having local transmission. These are the provinces of Palawan, Sulu, Occidental Mindoro, and Sultan Kudarat. 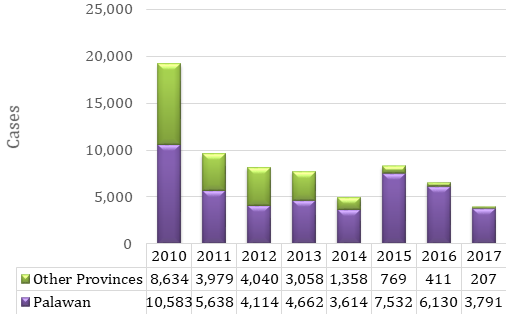 The resounding success of the concerted effort to fight the infection has attracted millions of dollars in global aid. What started in 1999 as Kilusan Ligtas Malaria (KLM), a community-driven social volunteer program created to fight malaria in Palawan, grew into the nationwide Movement Against Malaria (MAM) effort in 2009 when a US$31.4-million grant from the Global Fund to Fight Aids, Tuberculosis, and Malaria (GFATM) was awarded to PSFI.

“The MAM program values its partnerships, particularly with the government, for a more widespread and effective approach to tackle the malaria-free mission,” said Marvi Trudeau, PSFI’s Deputy Executive Director, who has been with the program since the beginning.

“In partnering with the DOH and the local government units, we’ve seen an 88-percent drop in reported malaria cases as well as a 99-percent drop in deaths due to the disease, based on the 2003 baseline,“ said Trudeau.

The program received another grant for 2018-2020 to tackle the last four highly endemic provinces, which has made Quiñones confident that the Philippines can achieve its target to be malaria-free by 2030.

For the last 105 years of its operations in the country, Pilipinas Shell, with the Department of Health, has remained committed to helping not just the communities that it serves, but all communities throughout the nation. By combating dangerous diseases such as malaria, the company aims to make the future safer for all Filipinos.

aka Tito Spidey is the founder and admin at Tech Patrol.